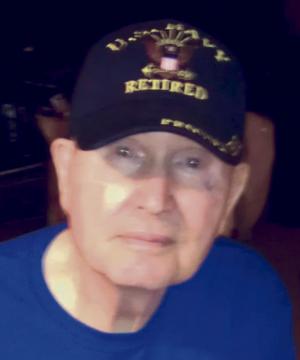 James Clarence Greer, age 81, of Mound City, Kan., passed away Wednesday, Feb. 22, 2017, at his home. Jim was born July 25, 1935, at Butler, Mo., to John and Juanita (Bristow) Greer.
After graduating from Mound City High School, Jim Greer enlisted in the United States Navy and served his country 23 years before retiring. He was a proud member of the American Legion Hewitt-New Post 248. He enjoyed playing his guitar, especially when accompanied by Janice Wurtz on keyboard.
On Nov. 25, 1962, Jim married Shirlene Green. She preceded him in death on May 31, 2007.
Jim was also preceded in death by his parents and one sister, Janice.
He is survived by one son, John Jackson; two daughters, Connie Troth and Beulah Williams; one sister, Julia Owens; and several grandchildren, extended family members and friends.
A funeral service was held Tuesday, Feb. 28, 2017, at Schneider Funeral Home & Crematory, Mound City Chapel. Burial followed in Woodland Cemetery, Mound City.
The family suggests contributions to Concern Inc. c/o Schneider Funeral Home, P.O. Box J, Mound City, KS 66056. Online condolences may be left at www.schneiderfunerals.com. Arrangements: Schneider Funeral Home and Crematory, Mound City Chapel.