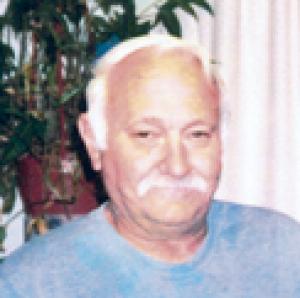 James Edgar Mitchell, 65, Amoret, Mo., passed away Sunday, Sept. 6, 2015. He was born Sept. 15, 1949, at Fort Scott, Kan., the son of William E. and Leona M. Thomas Mitchell.
He worked in the construction industry, as a truck driver, and finally as a security guard. He was a member of the Pleasanton First Baptist Church, having been saved at the age of eight, and was active in the American Cancer Society.
He was preceded in death by his parents; and a son, Michael Joseph Mitchell.
He is survived by two sons, Nicholas and William Mitchell; two daughters, Vickie Rhoades and Eyvonne Sims; a sister Mary Holmes; nine grandchildren, Bethany, Courtney, Eric, JoAnn, Cara, Issaic, JoJo, Zachary and Levi; and one great-grandson, Colton.
Funeral service will be held at 2 p.m. Thursday, Sept. 10, 2015, at the Pleasanton First Baptist Church. Burial will be in the Pleasanton Cemetery. Visitation will be held from 5- 7 p.m. Wednesday at the Schneider Funeral Home and Crematory, Pleasanton Chapel. The family suggests contributions to the First Baptist Church Mission Fund. Online condolences for the family may be left at www.schneiderfunerals.com. Arrangements: Schneider Funeral Home and Crematory, Pleasanton Chapel.