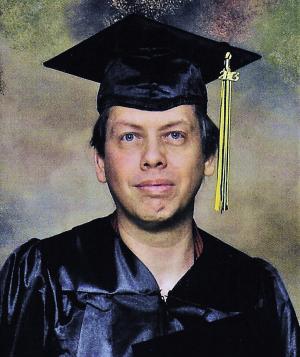 He lived his younger years in El Dorado Springs, Missouri.  He later moved to Pleasanton where he lived until his health worsened and he moved to Louisburg. He then moved to Osawatomie, residing there until his passing.

James loved life and had made many friends over his lifetime.  He loved fishing with his brother and taking long walks with his sister. He was preceded in death by his grandparents, Frank and Adelpha Rittinghouse and James and Arletta Norman; and his father, Joseph E. Norman. He is survived by his mother and stepfather, Leona and Roy Canaday; a sister Sharla Dach and friend Ben; and his brother and sister-in-law, Justin and Jennifer Culler.  Also surviving is a niece, Gail Wright, and a nephew, Cody Wright, and his fiance Kaitlyn Ogle.  He found out on the day of his death that he was going to be a great uncle.

Funeral service will be held 2:30 p.m., Saturday, January 5, 2019 at the Schneider Funeral Home and Crematory, Pleasanton Chapel.  Burial will be in the Trading Post Cemetery.  Visitation will be held from 1:30 p.m. to service time at the Chapel.

Contributions are suggested to the Kidney Foundation.  Online condolences for the family can be left at www.schneiderfunerals.com.