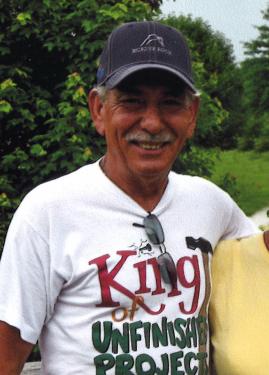 James Jesse “Jim” Bernack was born April 17, 1946, in Billings, Mont., the son of Frank John and Elsie Pauline (Baesler) Bernack. He passed away on Tuesday, Oct. 20, 2015, at his Cortez, Colo., residence at the age of 69.
On Dec. 7, 1987, Jim married Judy Maxine Coureton in Cortez. Jim served for two years in the United States Army, 1st Calvary, during Vietnam. He was employed in the railroad industry for 17 years followed by a 28-year career in the heavy civil construction industry.
Jim was a devoted member of the Masons and the American Legion. Jim was an avid golfer and he loved time spent in his yard. His yard was impeccable and he was proud of his hard work.
Surviving Jim are his wife, Judy Bernack, of Cortez; his children Faedra Grubbs (Brett) of Cortez, Deidra Robbins (Mike) of Montgomery, Tex., Jan Hathcock of Drexel, Mo., Janae Robbins of Prairie Village, Kan., and Angel Thomas (Travis) of Olathe, Kan.; nine grandchildren; his sister Janet Schock of Park City, Mont.; and one nephew.
Jim was preceded in death by his parents; a grandson Gannon Hathcock; his brother Frank Bernack; and his nephew Frank Wimsett.
Cremation has taken place and no services will be held.
Arrangements are being made through Ertel Funeral Home. To send condolences or to view the full obituary, log on to www.ertelfuneralhome.com and click on the obituary section.