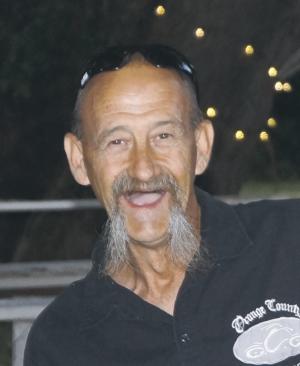 James “Jim” Darren Nichols, age 53, of Parker, Kan., died Friday, Nov. 27, 2015 at his home.
Jim was born May 18, 1962, in Ottawa, Kan., the second child of five born to Jack and Donnie Mae (Schmoe) Nichols. He grew up in Richmond, Kan., where he attended grade school and Central Heights High School.
Jim was united in marriage to Penny Criqui; the marriage later ended in divorce.
Jim was the proud father of three daughters Toni, Ashlee and Kylee.
On May 29, 1998, Jim was united in marriage to Carol Ann Coureton in Mound City, Kan. They made their home in Parker, Kan.
In the early 1980s Jim moved to Ottawa, Kan., where he was employed by Main Street Refinishing. He worked there for more than 20 years. He later went to work for Estes Casket Company in Osawatomie, Kan., for over five years until the company closed its doors. He then went to work for M.A.E. Resources working as a pumper in the oil fields.
He was preceded in death by his parents; his brother Lance Nichols; and one sister Teresa Kennedy.
Jim is survived by his wife, Carol, of the home; three daughters Toni (Chris) Wells of Pomona, Kan., Ashlee Nichols of Parker, Kan., and Kylee (Jake) Wilson of Paola, Kan.; two stepsons Bryan (Anne) Fultz of Overland Park, Kan., and Brock Fultz of Fort Scott, Kan.; one sister Kim Powell of Princeton, Kan.; and one brother Justin Nichols of Richmond, Kan.; ten grandchildren; along with many other family members and a lifetime of friends.
Visitation will be Wednesday, Dec. 2, from 6–8 p.m. Services will be at 1 p.m., Thursday, Dec. 3, all at the Eddy-Birchard Funeral Home with burial following at Richmond Cemetery, Richmond, Kan. Memorials: Jim Nichols Memorial Fund may be sent in care of Eddy-Birchard Funeral Home, P.O. Box 430, Osawatomie, KS 66064.

Appearing at the tail end of the County Commissioners meeting on Monday, County Attorney Burton Harding was questioned by them concerning his employee, the hours he works and the court backlog of cases. Harding stated on clearing the court case backlog that what he thought... [More]

(Victim and family of victim’s name have been withheld to protect the victim.) A case that was filed in Linn Valley April 28, 2020, which occurred over the Easter weekend of April 12, 2020, continues today, but without the aid of a victim advocate for the rape... [More]

Kyle Carstens, a Fontana native and 2006 Prairie View graduate, is ready to compete in the Linn County Fair and Rodeo’s Outlaw Truck & Tractor Pull taking place on the evening of Aug. 8. Carstens just recently started competing with tractors in pulling events but... [More]

The Fifth Annual Catfish Tournament was held at Pleasanton East Lake on the evening of July 16. The tournament started that evening and ended around 3 a.m. the next morning. Qualifying fish had to be at least 15 inches long. The tournament featured 52 participants, and a total... [More]