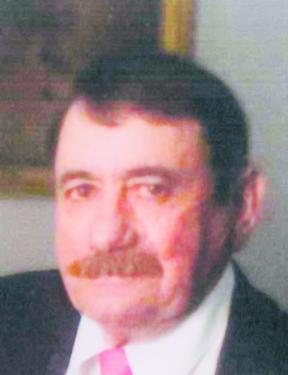 James Joseph DeMoss, 65, of Fort Scott, Kan., died Sunday, July 12, 2015, at the Neosho Regional Medical Center in Chanute, Kan.
James was born Oct. 3, 1949, in Paola, Kan., the fifth of six children born to Chloris Ione and Gladys Maxine (Shoemaker) DeMoss. He grew up in LaCygne and attended school there for most of his school years. At the age of 14, he acquired a position at Willard’s IGA in Osawatomie, Kan., and then later secured a position at the Ford garage as a mechanic.
In 1968, James enlisted into the United States Army. He served in Vietnam from May 30, 1970-April 22, 1971; he also served in Indochina. Upon returning to the United States he was stationed in Alaska where he worked as a dental assistant. James was a recipient of a Bronze Star, The Air Medal and the Army Commendation Medal. He was honorably discharged Dec. 1, 1972.
After returning home, he attended Allen County Community College for 18 months, while working at Taylor Forge. He later joined the BTJ Pipefitters Union and was a current retired member of the local #441 of Wichita, Kan.
On Sept. 6, 1975, he married Linda Sue Kerr in Osawatomie, Kan. They moved several times due to the type of work James pursued but finally settled when they purchased their farm near Fort Scott in 1993, where they raised two daughters, Rachel and Rebekah.
He enjoyed fishing and trap shooting, but his passion was building and flying model airplanes. He also loved to host family gatherings on holidays and special occasions. He was a loving husband and father and a lover of animals, and enjoyed when his grand-dogs “Bear”, “Flip”, “Pebbles” and bunny-rabbit “Cadbury” came for a visit. Of course, he always had his little stray kitty “Monkey” that he and Linda rescued to keep him entertained.
James was preceded in death by his parents, three brothers, two brothers-in-law, as well as his mother- and father-in-law.
He is survived by his wife Linda and daughter Rachel of the home; daughter Rebekah (Kyle) Varvel of Leavenworth, Kan.; brother Jack (K.) DeMoss of Ottawa, Kan.; and one sister Carol Sue Lynn of Osawatomie, Kan.; along with numerous nieces and nephews and his first grandchild who is on the way.
Memorial service was Saturday, July 18, 2015, at Eddy-Birchard Funeral Home, 203 Main, Osawatomie, Kan. Committal of ashes followed at Oak Lawn Cemetery, La Cygne, Kan., with Military Honors.
Memorial: Souls Harbor, Joplin, Mo. Leave condolences at www.eddybirchard.com.