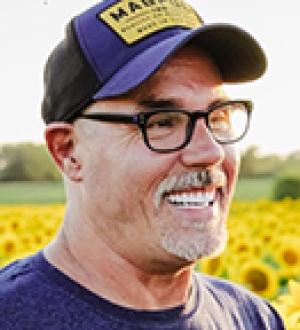 James Lee Baker, age 58, of Pleasanton, Kan., passed away at his home, Monday, June 20, 2022. James was born Feb. 17, 1964, the son of William Baker and Joan Burgess in Kansas City, Mo. James married his longtime girlfriend, Kelci Irby on March 13, 2022. He was beloved by his family, friends and any furry critter that crossed his path, especially the ones that adopted him. His creative nature and attention to detail led him to enjoy many hobbies over the years, including building remote control vehicles, creating an extensive model train set, restoring his deuce and a half military truck, and making improvements to his home and property. James inherited not only his father’s passion for lawn care, but the philosophy that anything worth doing, is worth doing well. James was preceded in death by his parents. He is survived by his wife, Kelci; a sister, Julie Adams; and a son, Bobby Baker.

Funeral Service will be held at 10 a.m., Saturday, June 25, at the Schneider Funeral Home and Crematory, Pleasanton Chapel. Visitation will be from 9:30 a.m. until service time at the Chapel. Burial will follow in the Aubry Cemetery in Stilwell, Kan. Memorials are suggested to Linn County Care to Share and may be sent in care of the funeral home to P.O. Box 525 Pleasanton, Kan. 66075.  Online condolences may be left at www.schneiderfunerals.com.