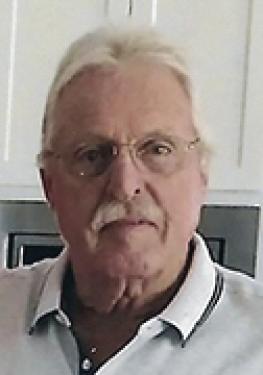 James Lemuel “Jim” Rutherford, age 79, Blue Mound, Kan., passed away on Wednesday Jan. 13, 2021, at St Luke’s South Medical Center in Overland Park, Kan. He was born on Sept. 14, 1941, in Okolona, Ark., the son of Thomas and Vera Crain Rutherford. After graduation from high school Jim worked for Burlington Northern Santa Fe for eleven years. He then worked for Kansas City Power and Light at the La Cygne Generating Station, retiring in 1996. His retirement enabled him to pursue his love of ranching and raising cattle. He was united in marriage to Kathy Mitchell on Nov. 9, 2004. Jim was a member of the Masonic Lodge and the Blue Mound United Methodist Church. Jim’s family meant so much to him. He was so proud of his kids and grandkids and considered himself to be very blessed. He was preceded in death by his parents and a brother, Billy Rutherford.  Jim is survived by his wife Kathy; three sons, Shane Rutherford (Breck); Ryan Sutterby (Tammy); and Caleb Sutterby (Sarah); eight grandchildren, Madden, Malee and Meade Rutherford, Mitchell and Brett Sutterby and Calleigh, Crew, and Cajer Sutterby.

Graveside funeral service was held Jan. 16, 2021, at the Curry Cemetery. Contributions are suggested to the Blue Mound United Methodist Church.  Online condolences can be left at www.schneiderfunerals.com.