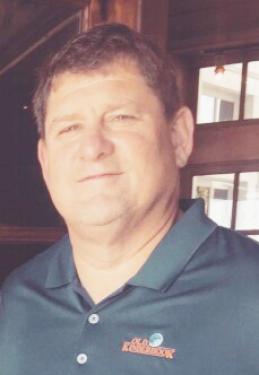 He attended grade school in Iola. He graduated from Erie High School. He then attended Labette Community College to play baseball. After an injury, he decided he liked football better. So he continued his athletic career at Independence Community College to play football. After Indy, he went to Morningside College in Iowa to continue playing football. Pittsburg State University was Randy’s next stop. He received his major in Biology with a minor in physical science. While at Pitt he played football, competed in track and field, and was on the Pitt State Rugby Team. He later played semi-pro rugby for the Kansas City Blues. Randy’s final education destination was Mid America Nazarene College where he received a Master’s degree in education and major/concentration in technology enhanced teaching.

He was united in marriage to Jennifer Johnson on Feb. 17, 1996. Randy and Jennifer welcomed two children after their union in marriage: Wesley and Carley. Randy was a coach, educator, mentor and friend to many.

Coach Leach influenced so many people in his life here on earth and was blessed to know so many.

A Celebration of Randy’s Life will be held at 10 a.m. Saturday, Oct. 1, 2022, at Jayhawk Linn High School. Memorial contributions are suggested to Jayhawk Linn Athletics or Sacred Heart Catholic Church.