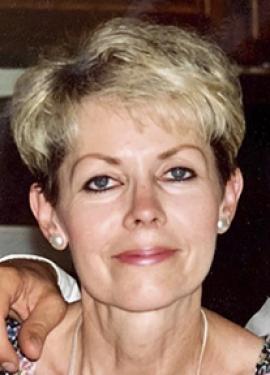 Janet Lynne New Keating 70, went to be with her Lord Tuesday, Feb. 23, 2021. She passed away at her home in Bucyrus, Kan., after a prolonged illness.

Daughter of Thomas Beauford New and Lora Irene Hewitt New, she was born March 14, 1950, in Fort Scott, Kan., and grew up in Mound City, Kan., graduating from Mound City High School with the class of 1968. She met the love of her life, Edward Michael Keating, Jr., at Fort Scott Junior College in 1970 and they were married Jan. 8, 1972, at Mary Queen of Angels Church in Fort Scott. After graduating with a degree in Cosmetology she accompanied her husband to Kansas State University. After graduation in 1974 they moved to Coffeyville, Kan., then Bartlesville, Okla., and in 1985 moved to Bucyrus, Kan., where they have lived to the present.

Janet’s greatest joys were her faith and her family.  She stayed home to be a full-time wife and mother. In the process she became the neighborhood counselor to all of the friends of her children especially during their high school years. Even with all of her physical problems Janet never complained. She always put others before herself. She loved her cats, could light up any room with her smile and could put anyone at ease. She was a true gift of God.  Her loss here on earth is truly heaven’s gain.

She was preceded in death by her parents; two brothers, James Buford and Wilber; and sister, Alberta.

Father Gary Pennings will celebrate Mass of Christian Burial, Wednesday, March 3, 2021, at the church. Burial will follow at Queen of the Holy Rosary Catholic Cemetery.

Mass will be live streamed on church website at http://qhrwea.church.  Due to Covid restrictions seating for mass will be limited.

To leave a special message for the family online, please visit www.dengelmortuary.com