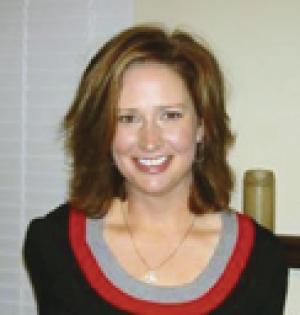 Jennifer Paige West, 41, of Dallas, passed away on Sunday, Nov. 23, 2014, in Temple.
Memorial services were Wednesday, Nov. 26, 2014, at Sparkman-Hillcrest Funeral Home Chapel. A reception immediately followed the service. Please join the family in celebrating Jennifer’s life by visiting her memorial at www.sparkman-hillcrest.com.
Jennifer was born Sept. 1, 1973, in La Mirada, Calif., to Marci West and Ralph West. She graduated from Alexander Academy of Richardson in 1991. She attended the University of Texas. She later went on to join the Army and served in Iraq. Upon her discharge from the Army, she was employed by Southern Medical as an Ultrasound Technician.
She was preceded in death by her grandparents: Robert and Doris West and Charlie and Betty Brock; and a cousin, Westley Dyer.
Those left to cherish her memories include her mother, Marci West of Garland; father, Ralph West of Addison; brother, Brock West and fiancé Mindy Beth Owen of Dallas; aunts and uncles, Larry and Connie Spillman of Louisburg, Kan., Willis and Joyce West of Cleveland, Mo., Brent West of Blue Mound, Kan., Jan and Dan Dyer of Kansas City, Mo., Ann and Mike Rude of Willard, Mo., and Phillip West of Hutchinson, Kan., Frank Brock of Pensacola, Fla., and Rose Mary Norris of Dallas, Texas;  cousins, Kent Spillman of Dallas, Texas, Kim Robb of Lee’s Summit, Mo., Laurie Krawchuk of Lee’s Summit, Mo., Kyle West of Dallas, Texas, Tracie Nation of Mound City, Kan., Courtney West of Springfield, Mo., Kyra Burk of Willard, Mo., Brian West, Blue Mound, Kan., Molly West of Jackson, Miss., Brooke Holan of Willard, Mo., Carissa Wegner of Kansas City and Summer West of Hutchinson, Kan., Susan Norris of Corinth, Texas, Stacy Brock of Pensacola, Fla. and Katrina Brock of Pensacola, Fla.; and a host of additional family and friends.
In lieu of flowers, the family would encourage memorials in Jennifer’s name be made to the SPCA of Texas, 2400 Lone Star Drive, Dallas, Texas 75212.