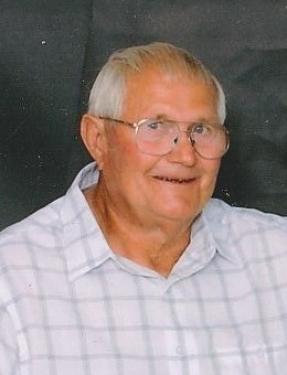 Jerry was born May 9, 1941 in Greeley, Kan. He was the fourth of ten children born to Vernon Lavenger and Dorothy Evelyn (Hoover) Morgan. Jerry graduated with the Class of 1959 from Parker High School. He played Basketball and Football while attending Parker High.

After high school, Jerry started his own trucking business. He then started his career in the concrete business. Jerry did concrete flatwork for over 50 years. Many of those years he spent partnered with his cousin, Larry Morgan.  Jerry was known for the meticulous flatwork that he did; he was the best. At the age of 69, Jerry retired but still did odd and end jobs until he was in his 70’s.

In 1962, Jerry married Nancy Stiffler in Miami, Okla. The couple had two children Reina and Jay. They made their home in Baldwin, Kan. The marriage later ended in divorce. Then in January of 1988, Jerry and Kathy Moore were united in marriage in Fontana, Kan.  They made their home in the Fontana area. They did not have any children together but Jerry gained two grandchildren Zach and Hope. That marriage later ended in divorce.

In his free time, Jerry farmed and bought and sold cattle. This was a life-long passion of his. He loved going to auctions to find deals. Jerry enjoyed drinking coffee at the local café’s and visiting with friends. Jerry hosted a famous neighborhood BBQ for years at his farm that hundreds of people have attended. He was involved with starting the Parker Historical Society.

He was preceded in death by his parents.