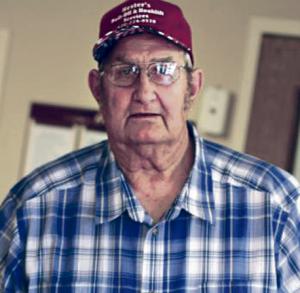 Linn County News
Published May 10, 2017
Jerry Purdy, age 73, Pleasanton, Kan., passed away on Wednesday, May 3, 2017, at his home. He was born on Aug. 13, 1943, at Trading Post, Kan., the son of Frank and Daisy Rittenhouse Purdy.
He graduated from Pleasanton High School with the Class of 1962.
He married Orlena Channel. To this union two children were born. He later married Myrle Neal on Dec. 29, 1980. She preceded him in death on May 27, 2012. Jerry was all about family.
He was also preceded in death by his parents; a brother, Buford Purdy; and a sister, Sharon Johnson.
He is survived by 12 children, Rob Purdy, Shane Mincks, Vonda Geeding, Shonna Looney, Dale Mincks, Deannie Mincks, Donna Jones, Carol Huff, Rita Struble, Jimmy Mincks, Chuck Mincks and Pete Mincks; a brother, Russ Purdy; a sister, Geneva Jennings; 44 grandchildren; 71 great-grandchildren; and 11 great-great-grandchildren.
Funeral service was held Saturday, May 6, 2017, at the Schneider Funeral Home and Crematory, Pleasanton Chapel.
The family suggests contributions to the American Heart Association. Online condolences for the family may be left at www.schneiderfunerals.com. Arrangements: Schneider Funeral Home and Crematory, Pleasanton Chapel.