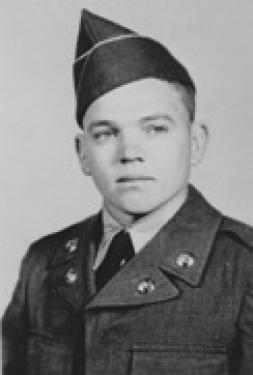 He worked for the Western Weighing Inspection Bureau. This company was contracted through many railroads and made repairs on boxcars and grain haulers.

He served his country during the Korean War in the United States Army. He enjoyed gardening, working in the yard and giving quarters to his nieces and nephews. He was a member of the Purple Heart Society.

He was preceded in death by two brothers, Claude Lee and Virgil Mitchell; and two sisters, Lola McQueen and Vergie Bevan.

He is survived by a brother, Troy Mitchell, and a sister, Louise Burch; and many nieces, nephews, extended family and friends.

Graveside funeral service was held Monday, July 21, 2014, at the Pleasanton Cemetery. Contributions are suggested to the Mine Creek Baptist Church. Online condolences for the family may be left at www.schneiderfunerals.com. Arrangements: Schneider Funeral Home and Crematory, Pleasanton Chapel.