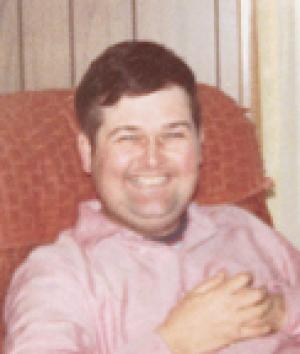 Jesse Lee Earnest, age 62, was born Jan. 22, 1952 at Mercy Hospital, Fort Scott, Kan., the son of Jesse E. and Ola May (Callahan) Earnest. His father was in Korea at his birth, so Jesse did not know him until he was almost a year old. Jesse passed away Sept. 13, 2014, at Via Christi Hospital in Pittsburg, Kan.

Jesse grew up on the family farm southeast of Pleasanton with his two brothers, Bill and Rod and two sisters Linda and Diana and many uncles, aunts and cousins who visited often. He loved animals and had many pets and birds, even a pet goose he named "Chester" who often returned to the farm after he joined a flock of wild geese.

Jesse attended grade school at Prescott School, Special Education at La Cygne and the Triko sheltered workshop. He spent many years at the Linn County Museum in Pleasanton, with his mother, other volunteers and his best friend Kenton. Jesse often helped visitors tour the museum. He read many books and loved history, especially the Civil War, he also participated in the reenactment of the Battle of Mine Creek.

Jesse was a kind and loving person who never knew a stranger and liked everyone he met. One of his hobbies was colleting cameras, many given to him by friends. He always had a camera with him and took photos of old barns, parades, tractors, old machinery, horses and the places he visited. At last count he had 60-70 albums of photos and articles he had compiled. He also loved going to Marty Read's auctions, garage sales, collecting toy trains, tractors, puzzles, and watching old western movies.

He is survived by his mother, Ola May; brothers, Bill and wife Retta, Rod and wife Robin; sisters Linda and Craig Wood, and Diana and Wayne Schasteen; many nieces and nephews; and many friends who will miss him.

A celebration of his life will be held at 10 a.m. Wednesday, Sept. 17, 2014, at the Schneider Funeral Home and Crematory, Pleasanton Chapel. Burial will be in the Littell Cemetery. Visitation will be held from 5:30 to 7 p.m., Tuesday at the Pleasanton Chapel. The family suggests contributions to Linn County Sharing Bucket. Online condolences for the family may be left at www.schneiderfunerals.com.

Check out this week's edition of the Linn County News or check out the online edition here.