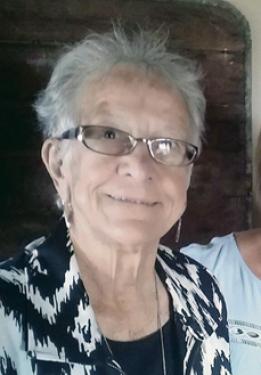 JoAnn Vose Porter, 85, formerly of Kansas City, Kan., died in peace on Aug. 14, 2016, in the comfort of her home in Garnett, Kan. She was born Aug. 17, 1930. Graduate from Washington Rural High School, was a lifelong member of White Church Christian Church and proudly retired from Deluxe Check Printers in Lenexa, Kan.

JoAnn did volunteer work at Miami and Anderson County Medical Centers. JoAnn was a member of the Miami County Quilt Guild, Pieces and Patches Quilt Guild of Garnett. She quilted monthly with friends at Hillsdale, Kan. She quilted over 600 baby quilts that were donated to area hospitals for those in need. Many of you might have been lucky enough to have received one of her beautiful quilts, if so, always remember her when you feel the warmth from snuggling up in one of them. JoAnn was an avid baker to say the least; the kitchen was the nucleus of the home. Homemade breads, cookies, cakes and pies were always ready to share with family and friends. This was her passion.

JoAnn was loved by many and liked by all. She nurtured, fed and helped those in need. More than family members called her Mom.

A graveside service was held on Aug. 18 at Chapel Hill Memorial Gardens in Kansas City, Kan. Our Mom was one in a million, she will be missed.

To honor her memory do something nice for someone. Pay it forward!