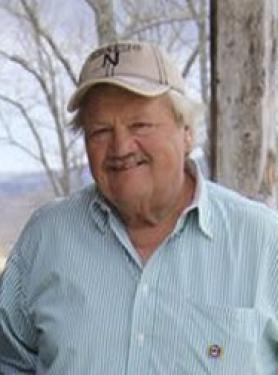 John Dean "Johnny" Nichols, age 67, La Cygne, Kan., passed away Saturday, March 20, 2021. He was born in Kansas City, Mo., on Sept. 8, 1953, the son of John Edwin and Jewel Dean Price Nichols. He graduated from Prairie View High School in the Class of 1971. He was a member of the State Football Champion Team his senior year. He then attended Northeast Oklahoma Junior College and was a member of the Rodeo Team. After graduation from NEO, he attended Kansas State University. While at K-State he was a member of the Rodeo Team and received his Bachelor's Degree. After graduation from KSU, he began his teaching career and ranched as well. He began at Burlingame, Kan., and then taught at Paola from 1977 until retiring in 2001. After retiring from teaching, he was able to pursue ranching full time.

He was united in marriage to Jaclyn "Jacky" Jackson on Dec. 4, 1982. He was a member of the New Lancaster United Methodist Church. Johnny had many friends and touched a lot of lives. He will be remembered as someone who did not know a stranger.

He was preceded in death by his parents. Johnny is survived by his wife Jacky, son Levi and wife Haley, and sister Nancy Epley.