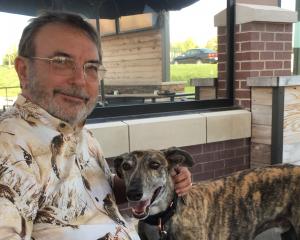 John Gary Ballou, age 72, of Pleasanton, Kan., passed away Wednesday, Sept. 18, 2019, at his home. He was born Feb. 4, 1947, to Robert Oliver Ballou and Wilma Jean Gray Ballou (who passed away a few days after his birth) in Kansas City, Mo. He was raised by his father and mother, Cecile Hyacinthe Reed Ballou, who adopted him at about 15 months.

John graduated in 1965 from Southwest High School in Kansas City, Mo. He received a B.S. in chemistry from the University of Kansas.

John served in the Kansas Air National Guard from 1970-1976. John worked for the Union Pacific Railroad and Farmland Industries in Kansas City. John and Debby moved from Kansas City to Amsterdam, Mo., when John went to work for Kansas City Power and Light in 1972.

John and Debby soon bought 80 acres in rural Pleasanton. He built their home here, and they raised their daughter, Lori, who was born in 1976. In 2002, he retired from Kansas City Power and Light after nearly 30 years.

After surviving cancer, John and Debby completed their travels to all 50 states together.

John is survived by his wife, Debby, of 50 years; his daughter, Lori Ann Ballou Stahlman and husband Justin; grandchildren Cole (16) and Aubrey (12) of Concordia, Kan.; his half-sister, Anne Ballou Piccinini, of Lee’s Summit, Mo.; and other extended family members.

He was preceded in death by his parents and a baby brother, Robert Oliver Ballou Junior.

According to John’s wishes he was cremated, and a private family graveside gathering will take place at a later date at Eureka Cemetery.