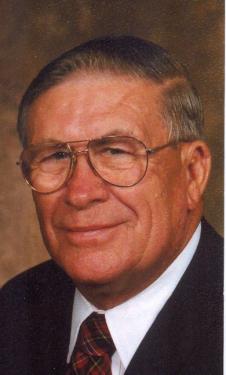 John Louis McLaughlin, 89, of Carnegie Village in Belton, Mo., passed away peacefully on July 18, 2019. Visitation was scheduled at 1 p.m., followed by Masonic and funeral services at 2 p.m., on Tuesday, July 23, at the Park Lawn Chapel, Hillcrest Road at 83rd Street, Kansas City, Mo. Burial was to follow at Freeman Cemetery, Freeman, Mo. In lieu of flowers, memorials are suggested to the Ararat Shrine Cornerstone Fund, 5100 Ararat Drive, Kansas City, MO 64129.

John was born Aug. 15, 1929, in Platte City, Mo. He served in the Kansas National Guard from 1948 until receiving honorable discharge as sergeant first class on March 3, 1959. He was united in marriage to Elva Frances Trewett on May 7, 1950.

John worked for Montgomery Elevator as a mechanic for 38 years, retiring in 1991. He also served in the Kansas City Police Department Reserve for 30 years, retiring as a captain.

John’s Masonic career began in 1972 at Heroine Lodge No. 104, now Ivanhoe Lodge No. 446. He was a very active member of Ararat Shrine, where he was a member of the Motor Corps, Trykes and Transporters. He served as director of the Shrine for many years and was honored as Director Emeritus.