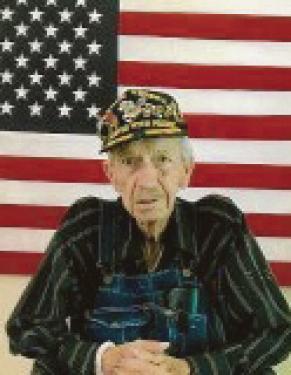 John William Frazee, age 90, La Cygne, Kan., passed away Wednesday, Jan. 20, 2021. He was born on March 1, 1930, in Hickman Mills, Mo., the son of John M. and Beulah M. Tull Frazee. He worked as a very accomplished concrete finisher. John was united in marriage to Marjorie Ann Gregg on June 10, 1952. She preceded him in death on Aug. 21, 1992. He later married Eva M.  Conley LaMar on Jan. 3, 1994. He was a member of the American Legion, VFW, NARFS, and KOFP. He was also preceded in death by his parents; a brother; and six sisters. John is survived by his wife Eva; three sons, Tom Frazee (Jeri); Lonnie Frazee; and Ronnie Frazee (Cathy); two stepsons, Buddy LaMar (Brenda); and Jerry Lee LaMar (Elaine); fifteen grandchildren, several great- and great-great-grandchildren.

Graveside funeral service will be 2:30 p.m. Saturday, Jan. 30, 2021, at the Louisburg Cemetery. Visitation will be held from 12 to 2 p.m. Jan. 30 at the Schneider Funeral Home and Crematory, La Cygne Chapel. Contributions are suggested to the Shriner Children's Hospital or Interim Hospice. Online condolences can be left at www.schneiderfunerals.com.

The city of La Cygne, and by extension its natural gas customers, will not know right away the ramifications of last week’s free-market price index spike. In anticipation, however, city leaders were expected to pass a resolution to declare La Cygne’s state of financial... [More]

A special condemnation hearing was held prior to the Pleasanton City Council meeting Tuesday, Feb. 16, to discuss a house owned by Dennis McCarty at 709 Center St. City Codes Officer Sandy Atkisson passed out pictures of the house to the council and said nothing has been done... [More]

The Prairie View girls’ wrestling team traveled to Anderson County on Feb. 19 to compete in the Girls’ Division II Sub-State tournament. The Buffalos brought four girls to the tournament and the team tied for 15th with Tonganoxie with 25 team points. Baldwin won... [More]

White advances to State for the Jayhawks

The Jayhawk wrestling team traveled to 3-1A Sub-State competition at Marion on Feb. 20.  The Hawks took four wrestlers to the competition and Corbin White was the lone Jayhawk to advance to the State tournament in Hays. As a team Jayhawk tied for 15th with Uniontown... [More]