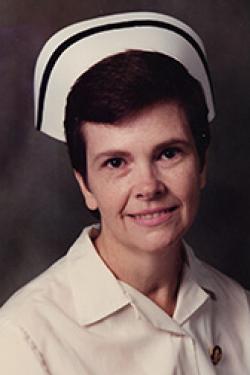 Judith Mae "Judy" McArdle, Centerville, Kan., passed away Thursday, Sept. 17, 2020, at Anderson County Hospital after a three-year battle with cancer. She was born on Jan. 20, 1946, on a farm near Centerville, the daughter of William Earl and Kezia Ellen Reynolds Brownback. After the death of her father, and her mother's remarriage, the family moved to Blue Mound, Kan., in 1955. She graduated in the Blue Mound High School Class of 1964.

She was united in marriage to Robert McArdle on June 19, 1964, in Blue Mound. They made their home in Gas City, Kan., until moving south of Centerville to the farm where they have lived over 50 years. Judy was a proficient quilter belonging to two quilt guilds.

Judy was badly burned in a fire in 1958, leaving her severely scarred for life. She spent considerable time in the hospital that caused her to have a deep desire to help others as she had been helped. As a result, she attended Neosho County Community College School of Nursing, receiving certification as a registered nurse. She worked as an ER nurse for over 34 years at Anderson County Hospital.

She was preceded in death by her son, Robert Allen McArdle; parents Earl and Kezia; and three sisters, Betty Joan Brownback, Margaret Gabe and Rosalie Weaver.