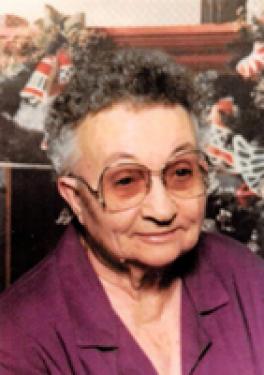 She married John I. Fosdick on July 8, 1939, in Fairview, Okla. This union was blessed with four daughters and one son.

June was a housewife, and worked in a nursing home in Mound City. She enjoyed cooking and baking. Spending time with her family was important as well as visiting with her friends.

June was preceded in death by her husband, John, on Nov. 1, 1993; daughter Thelma Mittelmeier and her husband Frank; brother Harold Tullis; and sisters Dorothy Myers and Ruth Banks.

She is survived by her son, Lyle Fosdick, of Iola; daughters Connie Prock of Iola, Betty Larney of Iola and Cindy Dauben of Lamar, Mo.; 11 grandchildren; and many great grandchildren.

Memorials are suggested to Allen County Animal Rescue Facility and may be left with the funeral home. Condolences may be left at www.feuerbornfuneral.com.