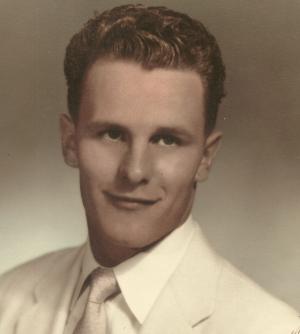 Linn County News
Published Oct. 4, 2017
Kenneth Boone, age 83, La Cygne, Kan., passed away on Wednesday, Sept. 27, 2017, at his home. He was born in La Cygne on Oct. 14, 1933, the son of Irvin and Esther Croghan Boone.
He served his country during the Korean War as a paratrooper in the United States Army.
He was married to Audrey Lehner on Aug. 16, 1958.
Kenny worked for Bendix, which became Allied Signal, which became Honeywell. He was a member of the Machinist Union Local No. 314.
He enjoyed riding mules, gardening, fishing, coon hunting and working with wood, but the love for his family came before all of these.
He was preceded in death by his parents; two brothers, Ronnie and Jerry Boone; and five sisters, Esther, Wanita, Wanda, Jo and Sally.
Kenneth is survived by his wife, Audrey; son Kenny Dan Boone; two daughters, Dianna Stainbrook and Christy Cutshaw; a brother, Daniel Boone; sister Cathy Miller; six grandchildren; and seven great-grandchildren.
Funeral service was held Saturday, Sept. 30, 2017, at the Schneider Funeral Home and Crematory, La Cygne Chapel. Burial was in the Oak Lawn Cemetery.
The family suggests contributions to the Olathe Hospice or Stowers Institute. Online condolences for the family can be left at www.schneiderfunerals.com.