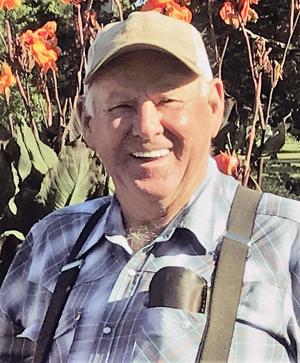 Kenneth Foster Hightower passed away on Friday, March 22, 2019, at the Hospice House in Olathe.  Kenny was born on May 31, 1947, the youngest son of William Foster and May Stainbrook Hightower. He lived his entire life in the La Cygne/Cadmus area.

Kenny graduated from La Cygne Rural High School in 1965. After high school, he attended Pittsburg State University. From there he graduated with an undergraduate degree and master’s degree in mathematics.

Kenny married Carolyn Jean Sellers on June 9, 1973, in Pittsburg, Kan. They became the parents of four children. Kenny and Carolyn moved to a farm near La Cygne, Kan., where they focused on hay and cattle.

Kenny was a good neighbor, always looking after neighbors and helping them when they needed it. He was also an active 4-H member as a kid and volunteer when his children and grandchildren became 4-Hers. Kenny had served on the Linn Rural Water District No. 3 board.

He loved farming, especially raising cattle. He put up small square bales most summers when he was younger, and if you were helping him, you had to stack them a certain way on the trailer. Kenny was known for his over-ability to tighten any bolt or pickle jar.

He was preceded in death by his parents.

He is survived by his wife Carolyn of the home; daughters Karla of La Cygne and Janette of Olathe; sons Jason and wife Jessica of La Cygne, and Kevin and wife Kim of Paola; five grandchildren, Avarie, Riley, Britton, Rhett and Macy; and other relatives and friends.