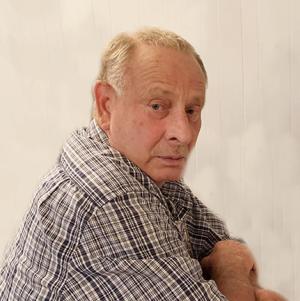 Laurence A. Sumners was born on Aug. 16, 1953, at McPherson, Kan. He was the sixth of eight children born to George Richard Sumners and Lois Audrey (Clark) Sumners.

As a boy, Larry's family lived in Blue Mound, Kan., and Lamar, Colo., before Larry moved to Centerville in the late 1960s. He then graduated from Prairie View High School with the class of 1972.

On September 23, 1972, Larry was united in marriage to Martha Gale Croan at Centerville. Their union was blessed with five children (some of the time). Throughout his working years Larry worked as a truck driver, welder and as a mechanic. He was always a mechanic whether it was his job description or not. In 2015 Larry retired as a welder at Taylor Forge, Paola, Kan., after working there since 2000. He also served as a volunteer fireman for the Centerville Fire Department for many years.

Larry was always willing to lend a hand to anyone in need, sometimes that translated to loaning parts from his family's cars to get someone else's car back on the road. In his free time he enjoyed catfishing, and visiting with friends and family or even total strangers. Once he was blessed with grandbabies he was all about everything to do with them; watching TV with them, giving four wheeler rides, fishing, swimming or taking a nap with them. He especially loved taking the grandkids to the fair and enjoying the rides with them.

Larry's breakfasts and practical jokes will be missed by his family. The grandchildren will miss Papo because they knew they could get almost anything they wanted from him. Larry loved music, except for rap, his love turned into dancing after a few beers.

He was preceded in death by his son, Evan on Sept. 14, 2002; grandson, Tyler Sumners; his parents; two brothers, George and Richard; and two sisters, Allene Welch and Vicky Thompson.

Funeral services will be held at 10 a.m., Wednesday, Aug. 10, 2022, at the Feuerborn Family Funeral Service, Garnett, Kan. Burial will follow in the Centerville Cemetery. Larry's family will greet friends from 6-8 p.m., Tuesday evening at the funeral home in Garnett.

Memorial contributions may be made to the Larry Sumners memorial fund and left in care of the funeral home. Condolences may be sent to the family at www.feuerbornfuneral.com.