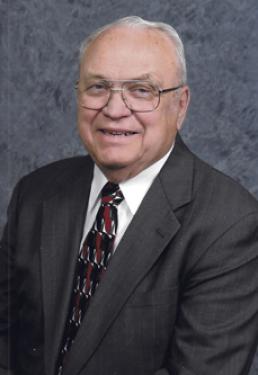 Leo D. McRae, age 84, La Cygne, Kan., passed away on Saturday, Aug. 20, 2016. He was born at Centerville, Kan., on May 14, 1932, the son of Carl and Glenna Driskill McRae. He graduated from La Cygne Rural High School and attended Artificial Insemination School at Kansas State University.

Leo was a hard worker. His occupations included bus driver, ice delivery, ambulance driver, butcher, grocery store owner and funeral director. He was a partner in both the Mangold and Runyan Funeral Homes, retiring in May 1997. He was a member of the Calvary Baptist Church.

He was preceded in death by his parents; a brother Roy McRae; and a sister Wanda Kirk.

He is survived by his wife, Margaret; a son Ricky McRae and wife, Norma Sue; a daughter Vicky Fleming and husband, Joe; a sister Hilma Brasfield; two grandsons Eric Fleming and wife, Tally, and John Fleming; five great-grandchildren Paige and Cale Fleming and Bryan, Meghan and Allison Butler; and one great-great-grandchild Brynnley Bauer.