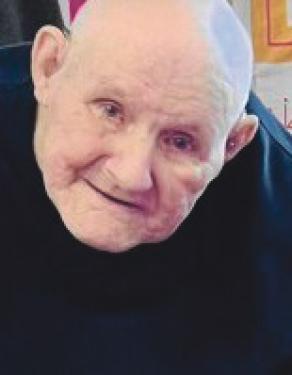 He graduated from Prescott High School. Leonard proudly served his country in the United States Army during the Korean War. He was united in marriage to Betty Smith on May 20, 1951, in Mound City at the United Methodist Church. He worked for the Hume Sinclair Coal Mine. Leonard's family was the most important thing in life to him, from his wife, to his two children, five grandchildren and 11 great grandchildren. He was a member of the Fulton United Methodist Church, American Legion Hewitt-New Post No. 248, and enjoyed eating candy while watching the birds and squirrels. He was also an avid card player.

Funeral service will be 11 a.m. Wednesday, Nov. 24, 2021, at the Schneider Funeral Home and Crematory, Pleasanton Chapel. Visitation will be from 10 am to service time at the Chapel. Burial with military honors will be in the Prescott Cemetery. Contributions are suggested to Evergreen Community Living, c/o Schneider Funeral Home, P.O. Box 525, Pleasanton, Kan. 66075. Online condolences can be left at www.schneiderfunerals.com.