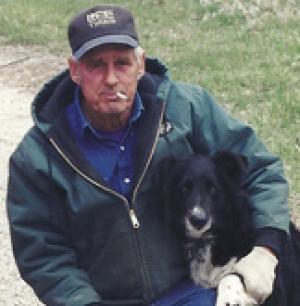 He was a self-employed heavy equipment operator, farmed and raised cattle. He enjoyed building equipment. One example was a steam engine, which he finished in 1981 after two years of work. He took the engine to many parades and functions.

LeRoy was a member of the Masonic Lodge and the Shrine.

He was preceded in death by his parents; two brothers, John and Jack Artman; and his faithful dog, Dee Dee.

Funeral service will be held 10 a.m. Friday, July 18, 2014, at the Schneider Funeral Home and Crematory, Pleasanton Chapel. Burial will be held at 3:30 p.m. at the Wild Horse Cemetery, McLouth, Kan. Visitation will be held from 6-8 p.m. Thursday at the Chapel. The family suggests contributions to the Shriners Children’s Hospitals or the Humane Society. Online condolences for the family may be left at www.schneiderfunerals.com. Arrangements: Schneider Funeral Home and Crematory, Pleasanton Chapel.