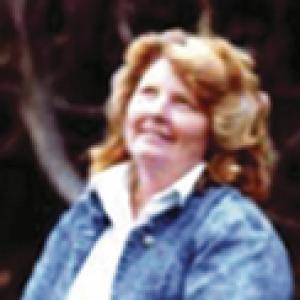 Linda Ann Smith, 68, of Bryan, Texas, formerly of Spring Hill, Kan., and Linn and Miami Counties died Thursday, Oct. 23, 2014 in Houston, Texas.
Linda was born June 3, 1946 in Sutherland, Neb., the third child of four to Louis Claudie and Evelyn Eileen (Glendenning) Jackson.
When Linda was six years old, the family moved to Kansas and settled in Parker. Linda grew up in Parker and attended school there from start to finish, graduating from Parker High School with the class of 1964.
On April 10, 1969, Linda married Willard Eugene Smith in Ottawa, Kan. They made their home in Olathe, Kan., and became the parents of three children. Later they moved to Springhill, Kan., until 1977 when they moved to the Hillsdale area. Willard died Oct. 20, 1987 of leukemia. The couple had been married for over 18 years.
After the death of her husband Linda moved to Fort Scott, Kan., to be close to her parents. She remained in Fort Scott until after the death of her mother in 2001, when she then moved to Bryan, Texas to live near her son.
Linda was a homemaker and loved taking care of her family. She was a dedicated wife, mother and grandmother. She enjoyed her life as a loving caregiver for her family. Linda and her husband liked to travel and went on many vacations with their children when they were still at home. Linda and Willard never stopped traveling and crossed the country many times in their van. They traveled the USA from coast to coast and everywhere in between. Linda liked to quilt and to sew, take a stroll in the park or listen to some music and even though she enjoyed country music, she was a great fan of Elvis Presley.
Linda was a woman of faith and believed in the word of the Bible. She attended several Pentecostal churches and attended the Church of God Holiness church regularly for some time.
She was preceded in death by her parents and her husband.
Linda is survived by her three sons, Lonnie Allen Smith of Cecil, Ohio, Louis Claire (Melissa Kay) Smith of Bryan, Texas and Lorn James Smith of Eldorado, Mo.; two brothers, Larry Jackson of Smithville, Mo., and George (Sue) Jackson of Prescott, Kan.; and one sister Martha Jane (Harold) Mayes of Grandview, Mo.; three grandchildren, Louis Smith Jr., Kayla Kay Smith and Kandi Handley; three great-grandchildren, Tristan and Twyla Daniels and Glenn Handley; along with many other family members and friends.
Funeral services will be 10 a.m. Saturday, Nov. 1,  at Eddy-Birchard Chapel with burial to follow at Miami Memorial Gardens, Paola, Kan.