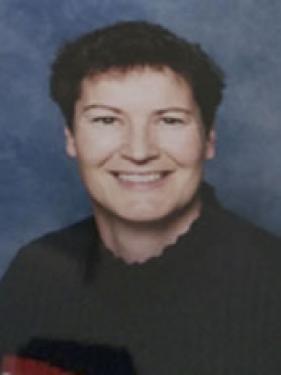 Lori was born on April 23, 1963 to Gary and Helen Geersen in Martin, S.D. She graduated from Chamberlain High School in Chamberlain, S.D., and went to Yankton College, Yankton, S.D., graduating with a degree in Criminal Justice. After graduation she returned to Chamberlain and worked as Dispatcher for the Police Department and later became a Brule County (South Dakota) Sheriff.

Lori joined the FBI on November 3, 1991.  Upon graduation, she received the Coler-Williams Award and was assigned to the Kansas City FBI Office. Lori was a member of the KC Evidence Response Team that responded to the Oklahoma City Bombing in April 1995 and continued work on the case at Ft. Riley, Kan. Later she transferred to the Surveillance Squad and remained until her medical retirement due to multiple sclerosis in May 2001.

Memorial contributions to honor Lori can be made to the MS Society.

A celebration of Lori’s life will be held in Linn Valley at a future date.  Online condolences can be left at www.schneiderfunerals.com.