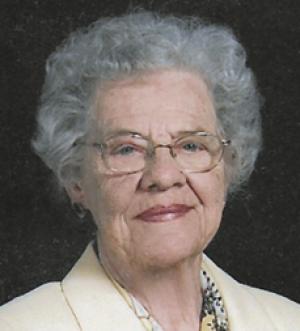 Marguerite Ellen Sims, age 96, La Cygne, Kan., passed away on Thursday, Aug. 18, 2016, at the Olathe Hospice House. She was born on April 16, 1920, in Stanton Township, Miami County, Kan., the daughter of William and Hazel Ricketts Skeens.

She was also preceded in death by a daughter Judith Turentine; two sons-in-law James Turentine and James Sims-West; two brothers William and Warren; and three sisters Helen, Virginia and Francis.