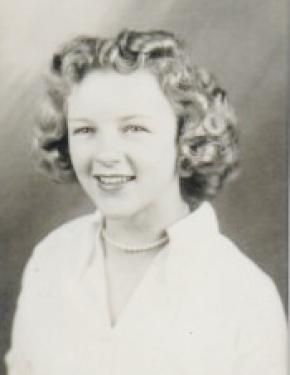 Marjorie Irene Rowe, age 88, Pleasanton, Kan., passed away Thursday, May 26, 2022, surrounded by family. She was born in Elsie, Colo., on Dec. 3, 1933, the daughter of Walter W. and Ida J. Simmons Smith. She was united in marriage to Charles Rowe on Dec. 23, 1950, in the Methodist Church in Mound City, Kan. She graduated from Mound City High School as the valedictorian in the Class of 1951.

Marjorie enjoyed sewing, quilting, and camping. She was a member of the Ooh's and Aah's Camping Club. She worked at Bendix Corporation. Marjorie assisted her husband in the dairy and farming operation. She worked at Braemore Sewing Factory and used the talent gained there to make many coats for many people. Later, Marjorie and her husband owned and operated Rowe Trucking, Pleasanton Car Wash, and Linn County Ambulance.

Contributions are suggested to a church of choice or Olive's Hope Animal Rescue. Online condolences can be left at www.schneiderfunerals.com.