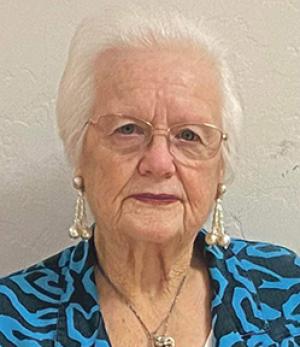 She was born Nov. 13, 1938, in Terrell, Texas, to James Downing and Claudie Flower. Mary Jo moved to Lubbock, Texas, at the age of 5 years old and attended Lubbock High School.

She married Floyd Carter on Nov. 5 1955, in Clovis, N.M., and blessed to this union were 3 children, Delica, Doris and James.

Mary Jo resided in Lubbock, Texas, while Floyd was in the service. She also lived in Loving, N.M., for 7 years before moving to Kansas City, Kan., in 1969 where she attended cosmetology school.

Mary Jo and Floyd moved the family to Parker, Kan., in 1970 to farm on 80 acres they obtained. Floyd died Feb. 4 1976 and after his passing Mary Jo worked at Mi’ladys Hair Care and Nail Salon in Osawatomie, Kan.

On April 9, 1980, Mary Jo married Horton Spencer and moved to Tunas, Mo., where they purchased a dairy farm and lived for nine and a half years before retiring to Ritchey, Mo.

After three years in retirement, they moved to Macks Creek, Mo., and bought and operated M&J General Store. They loved to support Macks Creek sports, especially the basketball team. She was beloved by all of the school age children. Upon retiring from the store, they moved back to Ritchey, Mo. in 2008. In 2014 they finally came back home to Mound City, Kan.

Mary Jo was a strong hard-working woman for most of her life. Whether it was right alongside her husbands on the farm or running the grocery store. She also loved working outside in her flower garden, but most of all she loved God and her family in which she left a legacy of love and devotion.

Celebration of Life will be held on Aug. 20, at 1 p.m. at Broadway Villa Community Room, 19855 Broadway St., Stilwell, Kan., with graveside services to follow.