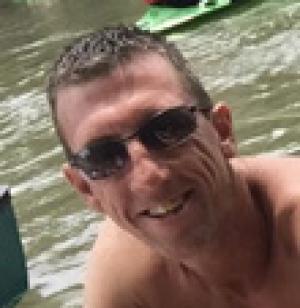 Mike is survived by his parents Bob and Linda Calvert of La Cygne, Kan.; sister Amy Loomis and children Austin, Morgan, Molly and Allison, also of La Cygne; and a brother, Scott Calvert and children Cody and Gracie of Pleasanton, Kan.

A remembrance service will be held 7 p.m. Wednesday, June 28, 2017, at Standing by the Door, 181 First St., Hollister, Mo. A funeral mass will be held 6 p.m. Wednesday, July 5, at Immaculate Conception Catholic Church, Louisburg, Kan. A time of fellowship will follow the mass in the church basement. Burial will be in the Sacred Heart Catholic Cemetery, Mound City, Kan.

A decision regarding contributions will be made shortly and will be posted on the funeral home website. Online condolences for the family may be left at www.schneiderfunerals.com. Arrangements: Schneider Funeral Home La Cygne Chapel.