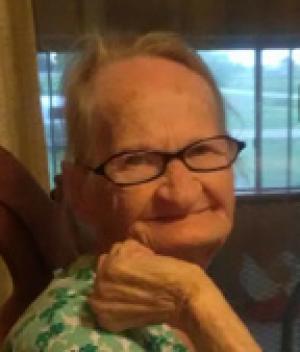 She worked as a homemaker as well as caring for others in their home.

She was preceded in death by her husband Vernon W. Boyd; a daughter, Verna Burgreen, on April 20, 2015; a brother, Bennie Avey; two sisters, Thelma Eaves and Eva Kelly; and an infant brother.

She is survived by two grandchildren, Angel Burgreen and Joseph Burgreen; a brother, Carl Avey; and two sisters, Goldie Strader and Gladys Turner.

Funeral service was held Saturday, June 24, 2017, at the Schneider Funeral Home, Pleasanton Chapel. Burial was in the Pleasanton Cemetery.

The family suggests contributions to the American Cancer Society. Online condolences for the family may be left at www.schneiderfunerals.com. Arrangements: Schneider Funeral Home and Crematory, Pleasanton Chapel.