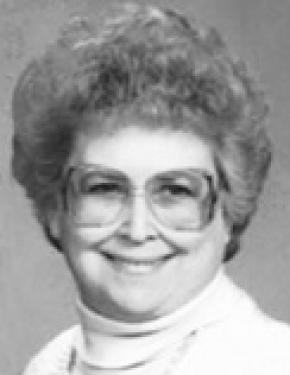 Patricia E. “Pat” Mathews, 73, Pleasanton, Kan., passed away Sunday, Jan. 18, 2015. She was born in Picher, Okla., on April 30, 1941, the daughter of Melvin Leo and Opal Faye Rector Bryan.
She married Neal Mathews May 22, 1959. Pat was a self-employed beautician working out of the shop at her house. She was a member of the Mound City First Baptist Church and a former member of the Lady Lions Club. She enjoyed cooking, painting crafts and crossword puzzles.
She is survived by her husband Neal; a son, Ed Mathews and wife Laura; a daughter, Kelly Cox and husband Bill; two brothers, Douglas and Dale Bryan; a sister, Gale Maute; five grandchildren, Ben Mathews, Lyndsey Kelly, Zach Mathews, and Kirstie and Colby Cox; and six great-grandchildren, Clayton, Rylee, Logan, Max, Peighton and Madison.
Funeral service will be held at 10 a.m. Thursday, Jan. 22, 2015, at the Schneider Funeral Home and Crematory, Pleasanton Chapel. Burial will be in the Woodland Cemetery, Mound City, Kan. Visitation will be held from 5-7 p.m. Wednesday at the Pleasanton Chapel. The family suggests contributions to Mercy Hospice. Online condolences for the family may be left at www.schneiderfunerals.com. Arrangements: Schneider Funeral Home and Crematory, Pleasanton Chapel.