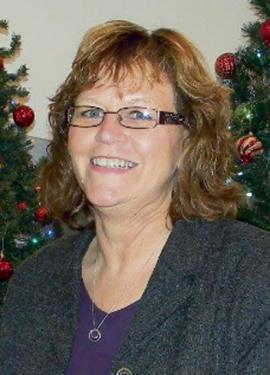 Linn County News
Published July 12, 2017
Patricia Susan Wallace, age 57, Mound City, Kan., passed away on Sunday, July 2, 2017, at The Residencies at Pleasanton. She was born in Freemont, Neb., on Nov. 24, 1959, the daughter of Ethridge and Betty (Roach) Karns.
Pat graduated from Uniontown High School and received her Associate Degree from Fort Scott Community College.
Pat was married to Terry Wallace for over 20 years before being divorced.
She worked as a supervisor and case worker for the Kansas Department of Social and Rehabilitative Services. She enjoyed working at Sugar Valley Clubhouse where she made many friends. She was a member of the Mound City Christian Church. Her hobbies included walking and growing flowers.
Pat is survived by her mother Betty; a daughter, Rebecca Wallace-Antrim and Brian; two sons, Scott Wallace and Annie, and Nicholas Wallace and Mandy; four brothers and a sister, Dennis and Dorothy Karns, Norman Karns, Robert and Brenda Karns, Kenny Karns, and Carol (Karns) and Jason Ballou; and eight grandchildren and one on the way.
She is preceded in death by her father.
Funeral services were held Thursday, July 6, 2017, at the Mound City Christian Church. Burial was in the Mapleton Cemetery.
The family suggests contributions to the Mound City Christian Church. Online condolences for the family may be left at www.schneiderfunerals.com.