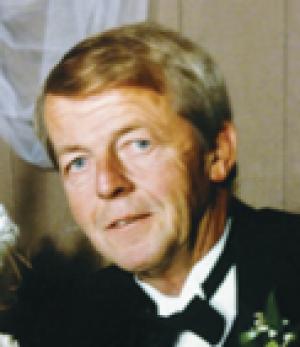 Paul Robert “Bob” Stainbrook, 71, Olathe, Kan. passed away Friday, Dec. 5, 2014. He was born Aug. 21, 1943 in McCook, Neb., the son of Paul and Mildred Stainbrook. He graduated from Shawnee Mission North High School and attended Emporia State University.
During his working career, he was involved in the banking and real estate industries in Johnson County. After his retirement, he was devoted to the care of his mother, who preceded him in death in 2009. He was also preceded in death by his father. In addition to providing care for his mother, Bob pursued his passions for upland game hunting and fishing.
He is survived by two sons, Brian Stainbrook and Mark Stainbrook and wife Dania; a daughter, Deanna Pittman and husband Dirk; two sisters, Betty Stainbrook and Marilyn Triebel and husband Ralph; and six grandsons, Grant, Kyle and Reid Stainbrook, Jackson, Kaleb and Landon Pittman.
Funeral service will be held at 11 a.m., Thursday, Dec. 11, 2014 at the Schneider Funeral Home and Crematory, La Cygne Chapel. Burial will be in the Prairie Home Cemetery. Visitation will be held from 9:30 a.m. until service time. Arrangements: Schneider Funeral Home and Crematory, La Cygne Chapel.