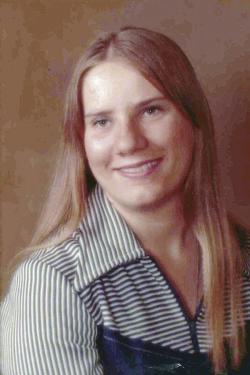 Penny Louise Osborne, age 63, a resident of Mound City, Kan., passed away Wednesday, Jan. 16, 2019, at the Denver International Airport in Denver, Colo. At the time of her death, Penny was traveling to Arizona to visit her daughter.

Penny was born April 11, 1955, in Fort Scott, Kan., the daughter of Albert E. Beadell and Flora Brotherton Beadell. She graduated from the Fort Scott High School. She married Gregory Osborne on May 18, 1973, in Fort Scott.

Penny enjoyed crocheting and gardening as well as raising alpacas and rabbits. She was even featured on television at an area rabbit show. She was a member of the Pleasanton Assembly of God Church.

She was preceded in death by her parents and a granddaughter, Madeline Osborne.

Funeral services were held at 10:30 a.m. Friday, Jan. 25, at the Pleasanton Assembly of God Church. Burial followed in the U.S. National Cemetery in Fort Scott.

Memorials are suggested to the Diabetes Association and may be left in care of the Cheney Witt Chapel, 201 S. Main, P.O. Box 347, Fort Scott, KS 66701. Words of remembrance may be submitted to the online guestbook at cheneywitt.com.