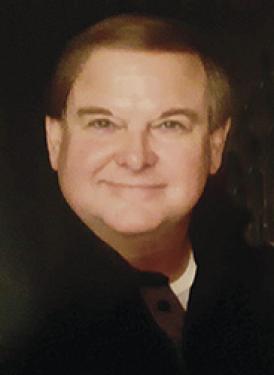 He was a graduate of Pleasanton High School’s class of 1969, and a graduate of Pittsburg State University with degrees in Business and Marketing. He and his forever girlfriend, Ronda Rees, were married on Dec. 31, 1971.

Phil, as he was known to friends and family, and Ronda owned the Pleasanton Furniture Store in the mid-1970s, which was located where Linn County newspaper is currently.  Additionally, he owned and operated the Linn County Ambulance Service in the mid-to-late 1970s. Phil was a life-long “house flipper” before the process became popular on television. At the couple’s 50th class reunion, Phil said they had moved 19 times, remodeling houses, and that Ronda still put up with him.

Phil always enjoyed visiting and talking with people and met many while selling cars at Cox Motor Company where he had worked for the past 20 years until his health failed. Phil was one of many Pleasanton citizens who helped with the Main Street fire in 1976, carrying items of value out of stores and businesses on the half block of Main Street between 9th and 10th streets.

Phillip is survived by Ronda, his wife of nearly 50 years; three children, Wendy Staton of Gardner, Kan., Sean Staton of Fort Scott, Kan., and David Edwards of Milo, Mo.; and six grandchildren. He was preceded in death by his parents and a brother, Ronald. Cremation has already taken place with a private burial at the Pleasanton Cemetery.

Always ready with an infectious laugh and (a little sarcasm), Phil did not want his friends and family to gather in sadness for him so a celebration of life will be held in the near future. Friends and family will be invited to come with memories, stories, pictures and pie - yes, bring pie. Chocolate pie was Phil’s favorite, but also Key Lime, blackberry, pecan, pumpkin, Dutch apple, etc., etc., etc.