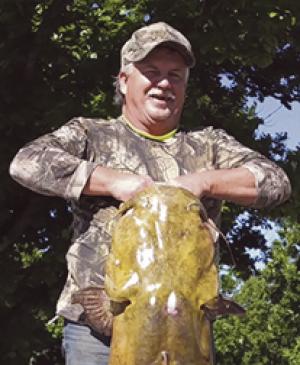 Randy James Patterson, 62 of La Cygne, Kan., passed away peacefully at home after battling with pancreatic cancer on Monday, Jan. 18, 2021.

Randy was born on Jan. 18, 1959, in Chanute, Kan., to Kenneth Jr, known as Cookie, and Nancy (Dwinell) Patterson. He grew up in Chanute, Kan., alongside his sister, Vickie. He lived in Texas, Tennessee and several other areas of Kansas during his lifetime.

He married Rena (Robinson) Snyder in 1977 and they had a daughter, Greta Patterson. They later divorced.

Randy earned a certificate of achievement from the Linn Valley, Kan., police department in 2019. This citizen/reserve training allowed him to be part of a citizen patrol in Linn Valley. He was a volunteer firefighter for Linn Valley. He enjoyed fishing, hunting, working on vehicles and spending time with his family and friends. He also enjoyed helping others.

He was preceded in death by his parents and sister, Vickie (Patterson) Baker.

Family and friends of Randy Patterson will hold a memorial service from 6 p.m. until 8 p.m., Saturday, Jan. 30, 2021, at the Wicked Outfitters Lodge located at 22802 Valley Road, La Cygne, Kan. Cremation has taken place and burial will happen at a later date. Online condolences may be left at www.schneiderfunerals.com  Arrangements: Schneider Funeral Home and Crematory, Pleasanton Chapel.