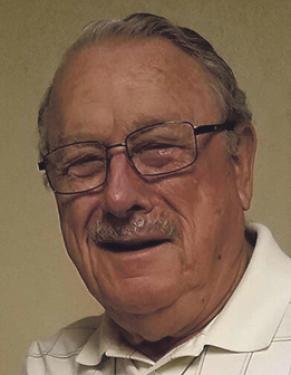 Robert "Bob" Basore, age 82, Linn Valley, Kan., passed away Saturday, Feb. 26, 2022. Bob was born Aug. 28, 1939, in Rich Hill, Mo., the son of Claude and Doris (Lacy) Basore. He graduated from Pleasanton High School in the Class of 1958. He served his country as a staff sergeant in the United States Army. He worked as a deputy sheriff for the Johnson County Sheriff's Office for 25 years, retiring in 1993.

He was united in marriage to Margaret Ann Helm on June 4, 1970. She preceded him in death after 46 years of marriage. He was also preceded in death by his father, Claude Basore; brothers, Tom Basore and William "Bill" Basore; and sister-in-law, Linda Basore; niece, Kimberly Basore; niece, Michelle Basore; and nephew Keith Maschler.

Funeral service was scheduled for 10:30 a.m. Tuesday, March 8, 2022, at the Schneider Funeral Home and Crematory, Pleasanton Chapel, with visitation from 9:30 a.m. to service time at the chapel.  A graveside service was to be held at 12:30 p.m. at Oaklawn Memorial Gardens in Olathe, Kan.

Contributions can be made to a church or charity of choice. Online condolences can be left at www.schneiderfunerals.com.