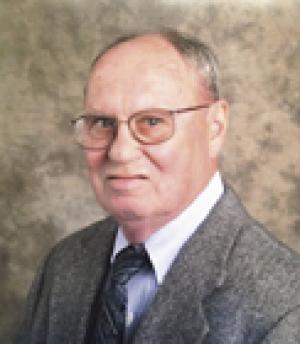 Robert “Bob” McGee, age 78, La Cygne, Kan., passed away on Monday, Jan. 26, 2015. He was born on Oct. 3, 1936, at Mound City, Kan., the son of C. Ellis and Edna Ruth Schasteen Brayton.
He attended grade school in Mound City and graduated from La Cygne Rural High School. He was united in marriage to Virginia Hewitt on June 20, 1964.
During Bob’s working career, he owned and operated the Vickers Station in La Cygne, was district sales manager for Farmland Insurance, and owned and operated McGee Insurance Agency. He was a member of the Mound City United Methodist Church, La Cygne Masonic Lodge, Scottish Rite Consistory, Mirza Temple and the Order of Eastern Star. He served on the Peoples Telecommunications Board for 25 years, as president of the La Cygne Chamber of Commerce and on the Lincoln Township Board.
He was preceded in death by his parents and a grandson.
Bob is survived by his wife, Virginia; three sons, Richard Beckman and wife Lauri, Raymond Beckman and wife Lori, and Rande Beckman and wife Sharon; daughters, Susan Thomas and husband Rick, and Stacy Burk; a sister, Sue Dover; and 18 grand and 11 great grandchildren.
Funeral service will be 10 a.m. Friday, Jan. 30, 2015, at the Schneider Funeral Home and Crematory, La Cygne Chapel. Burial will be in the East Mt. Zion Cemetery. Visitation will be held from 5-7 p.m. Thursday at the Schneider La Cygne Chapel.
The family suggests contributions to Linn County Care to Share or the Alzheimer’s Foundation. Online condolences for the family can be left at www.schneider funerals.com. Arrangements: Schneider Funeral Home and Crematory, La Cygne Chapel.