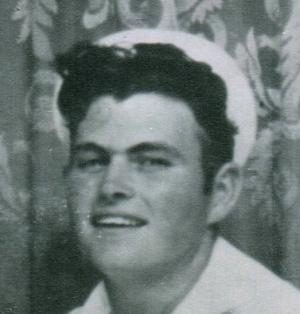 Dale graduated from Prescott High School in 1949. His parents thought he should go to college, so off to Kansas State he went and attended for one year. But it was not the farm, so he went back home to help his parents. He decided to give oil work a shot, moved to Wichita and worked at Cessna for a year. Again, it was not farming so back home he came.

In 1951, he enlisted into the Navy Reserves and served for eight years.

On June 29, 1958, he married Joan Staton at the Baptist Church in Prescott. To this union two daughters were born, Janet and Dorothy. To this day, Dale and Joan still lived on the farm.

Dale took farming as a full-time job; he taught his wife, daughters and grandkids how to use the machinery and drive the tractors. He did not take many trips, but he did surprise Joan on their 42nd and 45th anniversaries with trips to Alaska and Hawaii.

Dale was preceded in death by his parents; brother Earl and wife Mary; and his in-laws, Pete and Marie Staton.

He is survived by his wife Joan of 61 1/2 years, of the home; two daughters, Janet Gabbert and Wayne of Prescott, and Dorothy of Pleasanton; five grandchildren; and five great grandchildren with a sixth on the way.

Funeral service was Friday, Feb. 14, 2020, at the Schneider Funeral Home and Crematory, Pleasanton Chapel. Burial was at the Battlefield Cemetery.

The family suggests contributions to Mid America Heart Association, St. Luke’s or your church of choice. Online condolences may be left at www.schneiderfunerals.com.