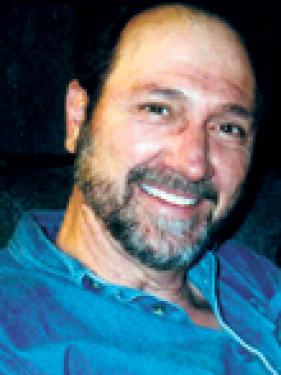 He was baptized at the Amoret Christian Church in Amoret, Mo.

He was raised in Pleasanton, Kan. Rob lived in Manhattan, Kan., moving from Corpus Cristi, Texas. Since 1982, he has lived in Franklin County.

Rob graduated from Pleasanton High School with the class of 1972 and attended Pittsburg State University. He completed his degree at Kansas State University obtaining his bachelor of science in natural resource management/parks & recreation.

Rob served in the U.S. Navy from June 1975 to June 1979. He obtained the rank of AZ3 Aviation Maintenance Administrationman Third Class.

Rob was married to Cheryl Leonard. They later divorced.

Rob was united in marriage to Lori Lynne Wistuba on June 4, 1994, in Ottawa. She survives of the home.

He was preceded in death by his parents, Leroy and Helen Hedges; and two brothers Willard Hedges and Cliff Hedges.

After college he worked at the U.S. Army Corps of Engineers at Pomona Lake and then was a site manager 11 years at Camp Chippewa United Methodist Church Camp. He was currently employed with Orscheln Farm & Home as an assistant manager from 1991 to present.

He was an avid outdoorsman who enjoyed hunting, fishing, taking photos of nature and traveling. He was very knowledgeable about trees, birds and nature in general. He was also an avid gardener and BBQ master, known for his smoking and grilling.