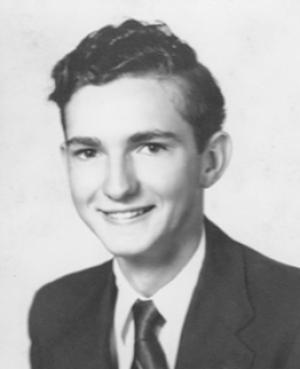 Robert Ernest Orth, 77, passed away Thursday, March 16, 2017, at Olathe Medical Center. Robert was born Oct. 19, 1939, in Lee’s Summit, Mo. He was the son of Ernest and Ruth Dunsworth Orth.
He grew up and attended school in Humboldt, Kan. He graduated in May 1957.
Robert Orth was united in marriage to Connie Thurman in May 1957, and they became parents of four children.
He entered Local No. 8 apprentice program and became a journeyman plumber in 1962.
The family moved to Parker, Kan., in 1968. He went to work at the Osawatomie State Hospital in 1973, becoming chief engineer in 1986 and retiring in 2000.
Robert cared for the Parker community, especially the children. He was a baseball coach and 4-H leader, and was a volunteer fireman and EMT. Also, he helped start the mud run concession, where funds were used to help with Parker’s new park, and worked on Parker Days.
Christmas would find him putting up his decorations, making candy and working on Santa Comes to Parker.
Robert became a member of the Friends of the Library and showed movies to the children. In addition, he served as mayor of the city.
He had many hobbies, loved his wood shop, and was an avid woodworker. Bob liked showing at the Arts & Crafts Festival at Mound City. He especially loved watching his Chiefs, Royals, KU and K-State play.
He was preceded in death by his parents; two sons, Joseph Wayne and John Allen; and sister Janet Gillespie.
He is survived by his wife Connie of the home; his children, Robert E. Orth Jr. (Sally) of Mound City and Margaret Orth, Osawatomie; and granddaughter Gabrielle Orth, Blue Mound.
There was cremation with a private burial being at a later date.
Celebration of his life will be held 2 p.m. Saturday, April 8, at Parker park.