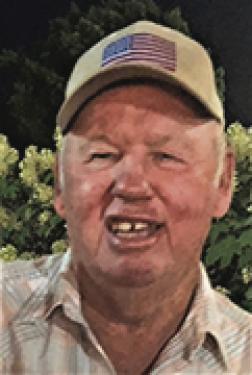 Robert Lee Stewart, 74, a resident of Fulton, Kan., died Jan. 15, 2021. He was born Oct. 25, 1946, in Moran, Kan., to Myron Leslie Stewart and Barbara Jean (Boyd) Stewart of Xenia, Kan. Bob, or Bobby, as he was known to family and friends, grew up on the family farm and attended grade school at Xenia. At a very young age, he attended a cattle sale at Fort Scott with Curley Wright and discovered his calling for life as a cattle buyer. He started working at the sale barn when he was 10 or 11 and there was no turning back.

Bob graduated from Blue Mound High School and Fort Scott Junior College Truck Driving School. He worked many years for Capitol Truck Lines and continued as it changed to Graves Truck Lines and ANR Trucking, winning awards from the Teamsters for safe driving. Even with his steady job of delivering locally, he continued going to cattle sales on Saturday, buying and selling for many farmers and ranchers in the area. The only times he missed a sale were when one of his daughters illogically planned a wedding for that day of the week.

Bob married Bernita Eloyse Lalman on Jan. 1, 1967, and together they loved and parented three daughters.  Sadly, Eloyse lost her battle with cancer in March 1976. In late 1977, Bob met and married Karen Dancy, who had a son from her previous marriage. Their blended family became complete when two more daughters were born.

Bob is survived by his wife, Karen, of 43 years of the home in Fulton, along with five daughters: Tammy Brownback and husband Keith of Centerville; Belynda Davenport of Fort Scott; Robin Anderson and husband Rob of Wichita; Kari Messer and husband Josh of Fort Scott; Jodi Silva and husband Paul of Manhattan, Kan.; one son, Rick Stewart and wife Cara of El Dorado, Kan.; and the blessing of a bonus son, Jimmy Turner of Fort Scott.

Bob has two sisters that will miss him dearly, Jeanette Church and husband, Robbie of Xenia; and Carol Didier and husband, Tom of Wheatland, Mo. He is also survived by many Stewart and Boyd cousins, nieces and nephews.

He was preceded in death by his parents, Myron and Barbara Stewart; and his first wife, Eloyse Lalman.

A graveside service is planned for 10 a.m. on Friday, Jan. 22, 2021, at Osaga Cemetery, just west of Fulton under the direction of the Konantz-Cheney Funeral Home. Visitation will be Thursday evening, January 21, 2021, from 6 - 7 p.m. at the funeral home.

Memorials are suggested to the Osaga Cemetery Fund and may be left in the care of the Konantz-Cheney Funeral Home, 15 W. Wall Street, P.O. Box 309, Fort Scott, Kansas, 66701. Condolences may be submitted to the online guestbook at konantz-cheney.com. Bob’s truck and cattle trailer will be leading the procession from Konantz Cheney Funeral Home at 9:30 that morning.  As Bob would say, “Roll Along!”