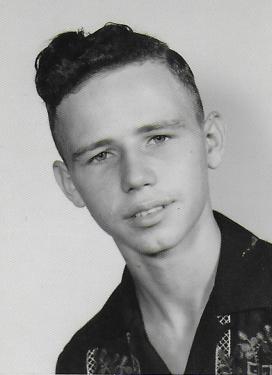 He proudly served in the United States Army, even though he was discharged early due to medical reasons.

He worked as a Carman for the Missouri Pacific, later the Union Pacific Railroad, and was a member of the Carman's Union. He was a member of the Linn Valley Community Church, treasurer of the Deacon's Fund, past president of the Hillsdale Ruritan Club and past secretary/treasurer for the Hillsdale Improvement District. He coached little league baseball and enjoyed bowling and playing golf. He had a total of five holes-in-one.

He was preceded in death by his parents; a brother, Wayne Obermeier; and a sister, Karen Block.

Funeral service will be 10 a.m. Thursday, March 28, 2019, at the Linn Valley Community Church. Burial will be in Oak Lawn Cemetery. Visitation will be held from 5-7 p.m. Wednesday at the Schneider Funeral Home and Crematory, La Cygne Chapel.

Contributions are suggested to the Linn Valley Community Church. Online condolences can be left at www.schneiderfunerals.com.