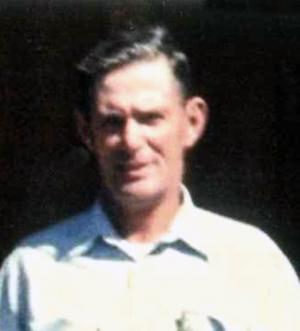 Ronald Jean Troutman, 75, of Fontana, Kan., died Sunday, Jan. 4, 2015, at the Olathe Medical Center in Olathe, Kan.
Ron was born Aug. 15, 1939, in Denver, Colo., the youngest of three children to Lester Lee and Elisabeth M. (Melody) Troutman. He lived in California from 1940-1949. He moved to Parker, Kan., and graduated from Parker High School in 1958.
In the early 1970s, he helped build Prairie View High School which led to a job as a brick layer in Buffalo, Kan. There he met and married Carol Jean Thompson April 23, 1971. They had one son, Brian Keith Troutman. The marriage ended in divorce in 2001.
In the mid-1970s, he became an oil producer and Troutman Oil was started in 1981. He took over managing Troutman Oil in 1986, when his father retired.
After the oil lease was sold in the 1990s, he worked as a farm hand and then went to work as a route driver for Waste Management, where he retired about ten years ago at the age of 65.
Ron enjoyed teaching square dancing and he liked to go bowling. He was a dog lover and owned a black and white Border collie, “Lady,” for many years. After the death of “Lady,” Ron then became the proud owner of his faithful dog, “CoCo.”
He was preceded in death by his parents and two siblings, Robert Troutman and Roberta Osborne.
Survivors include son Brian (Melissa) Troutman and two grandchildren, Tatum Troutman and Brian Troutman Jr. of Fontana, Kan.; many other family, friends and his faithful companion “CoCo,” all of whom will miss him dearly.
Cremation: committal of ashes at a later date.
Visitation from 7-8 p.m. Thursday, Jan. 15, 2015, at Eddy-Birchard Funeral Home, 203 Main, Osawatomie, KS 66064.
Memorials: Ronald Troutman Memorial Fund.