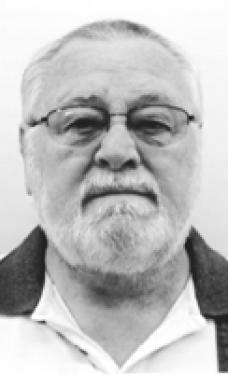 Ron Hobson began his eternal life with his Savior on Aug. 1, 2015.
Ron was born July 22, 1943, in La Cygne, to Jesse and Louise Hobson. He graduated from La Cygne High School in 1961.
He joined the Navy and served 17 years including active service and the reserves.
He worked in the aerospace industry for several years in California and spent time working in Las Vegas before returning to Kansas to be near his dad.
He worked for Johnson County Corrections for 12 years before retiring. Ron was a resident of Spring Hill for 16 years before his passing.
He was a collector of specialty cars, motorcycles and guns. He was especially proud of his 1970 Avanti.
Ron had many friends and leaves two sisters Fauna Kemper of California and Ferne McRae; a nephew Larry McRae (Georgia); and a great-nephew Timothy McRae, all of Wisconsin.
Ron cherished his family, and we will miss his sense of humor and his sweet smile.
Friends and family attended a celebration of Ron’s life in Spring Hill on Sat., Aug. 8.